In today’s world, the business environment is fast becoming competitive which needs the financial market to act quickly and adapt to the changes. Franck Peltier perspective of the change involves the adoption of technology by all financial players. However, the other overlooked aspect of the evolution is geopolitical which also influences the market. Moreover, there is another characteristic of change associated with individual intellect as experienced in decision-making called behavioral finance. The assumption is that any imperfect financial market there are imperfectly rational players.

Influence of Psychology in financial decision-making

The new area of psychology in financial decision making focuses on irrationality that is seen in human as they make decisions in the commercial market. Also, the psychology of decision-making and the behavioral finance interpreted by Franck Peltier, are related in that the psychology of decision-making looks at the decisions or choices that people make in financial sectors while behavioral economics looks at why people would make a particular decision and use the reasons to explain different anomalies in the market.

Understanding the psychology of financial decision-making

In expert decisions, some biases and shortcomings are most of the time overlooked. These biases are more prevalent in economic decision-making and play a significant role in the financial institution finance status. Some of the human preferences experienced are seeking confirmation whereas they should be aiming for disconfirmation in an experimental market hypothesis, overconfidence in prediction, risk aversion, mistaken beliefs, optimism bias, and mental rigidity. Alternatively, behavioral finance can be looked at in a broader perspective. That is you make a choice to either support Fintech used or oppose the move. Your behavior is in such a case is assumed to focus more on financial strategy. Nevertheless, the role of the psychology in making decisions can never be overlooked in trading, dealing with currencies, and investment decision-making. These areas of finance are directly impacted by the decisions made by an individual or the team .

The role of the psychology of financial decision-making

in financial sectors and clients. It plays a crucial role in the identification of strategies that would lead you to make successful investments. In such a case it will identify anomalies such as overreaction and under reaction will be explained to make you understand the behaviors in economics.
Another role that is played by psychology is in helping the finance, and economic researchers understand and come up with theories on behavior patterns portrayed in finance. This theory will be relevant in identifying biases in financial decisions that are made on implementation of strategies formulated. It can also help the finance researchers to understand the behavior of the client and how these behaviors can affect the financial marketing of products. All markets main target is satisfying their customers. Therefore, the design and presentation of products, as well as communication, loyalty and customer satisfaction, should be addressed accordingly.

The importance of psychology of financial-decision-making to decision makers

Importance of the psychology of a financial decision maker is also of equal importance. Any player out there should understand how to go about trading and dealing, and learn from profiles of successful traders and dealers by looking at their psychological characteristics. Moreover, they should be able to learn from less successful decision maker to avoid the same biases as them. Last but not least learning psychology of decision-makers can be helpful in investment decision making, fund management and also in training upcoming entrepreneurs. 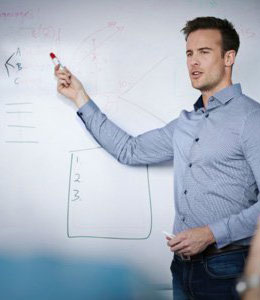